“It’s a piece of art from start to finish” 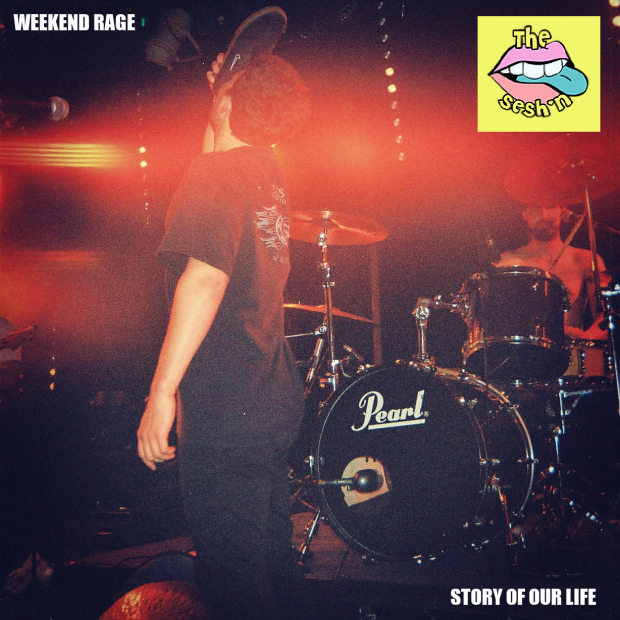 The following article by Hannah Louise of The Sesh’n is reprinted with permission. Go check them out!

WITH MOLLY ROCKET AND LICKITY SPLIT

The next time a drunk old man at the bar says ‘music just isn’t the same anymore’, I’m going to sit his bum down and show him a thing or two. And by thing or two, I mean the local bands that played at The Gov for Weekend Rage’s EP launch.

Lickity Split opened with a set that could have you believe they were headlining a stadium show. SOLID. AS. FUCK. Going straight into Track Zero from their latest EP ‘If Symptoms Persist’ the skate punk band had us in their palm of their hands the whole set and didn’t drop us once.

And when they weren’t smashing out originals, they were playing Play School. Surely I can’t be the only one that’s been singing ‘coooome inside, it’s Play School’ all day… right?

Lickity Split are tighter than my jeans after Christmas lunch and completely off chops. Thanks for such a fun time lads.

2022 is the year of Molly Rocket. There’s bloody good reason they are creating a hot, beautiful storm in the ADL music scene. You can’t look away – and why the hell would you.

Molly Rocket are that band you spend your teenage years dreaming off and then next minute you’re 20 years old and BAM. There they are, right in front you and all your dreams are coming true.

Each member brings their own bit of spice to the band, producing a familiar but also completely new sound.

Molly Rocket are well and truly here and they aren’t going anywhere but ROCKeting to huge places. ‘scuse the horrible, horrible pun.

It’s a piece of art from start to finish, so there was no doubt the launch was going to be anything but fucking insane.

The crowd was hyped and ready for the boys to come on stage… however not expecting their entrance to be to Katy Perrys’s ‘California Girls’. But anyway, somehow it worked… really well.

Opening on Off My Face, it was the first time we had been treated with hearing the song live. AND WHAT A DELICIOUS TREAT IT WAS! DAMN. The whole night was scrumptious.

Everyone knew all the words to all the songs and no one held back on the screaming.

And that screaming only got louder for the encore – when Dan walked back on stage alone, with just an acoustic guitar. I’m telling you, that man can SING!

So how does one end a Weekend Rage gig you might ask. Well my friend, with a shoey and old fashioned mosh.

If you were there, you were there and get it. And if you weren’t, I’m not going to go into the details because it’s your fault for missing out. Just get your ass to the next one.

Now go out there and play Story Of Our Life on repeat.

Have a good one xox Hannah